Creating a stimulating environment in which talented young violinists may learn and grow has always been and will remain at the heart of the Menuhin Competition. This endeavour is not limited to the Competition period and the Menuhin Competition Trust, in collaboration with festivals and music organisations around the world, provides winners with a variety of opportunities to develop their musical careers.

Yesong Sophie Lee returns to the UK in early July 2016 for performances at the Gower Festival (7th July), Harrogate International Festivals (10th July), the Oundle International Festival (12th July) and Cheltenham Music Festival (13th July). Each of these concerts will commence with a performance of Shpigl by Oscar Colomina i Bosch, commissioned especially for the Junior competitors of the London 2016 Competition.

Ziyu He, winner of the Senior 1st Prize, visits the UK in late July 2016 to perform at Harrogate International Festivals (21st July) and Petworth Festival (22nd July), both of which will include performances of Roxanna Panufnik’s Hora Bessarabia, commissioned for the London 2016 Senior competitors. Following his time in the UK Ziyu then travels to Switzerland to perform Bach’s Violin Concerto in E major BWV 1042 at the Menuhin Festival Gstaad on 7th August.

Other upcoming performance opportunities for prizewinners include an event at the Festspiele Mecklenburg-Vorpommern on 6th August 2016, the first JMI Festival on 8th September 2016 at London’s Kings Place, a concerto performance with the Balearic Symphony Orchestra in Palma de Mallorca on 10th November 2016, opportunities for prizewinners to perform at HIMA (Harpa International Music Academy) in June 2017 and 2018, the Morningside Music Bridge Young Artist Award in July 2017, participaton in the Kronberg Violin Masterclasses 2017 and a recital at the George Enescu Festival 2019 in Bucharest. 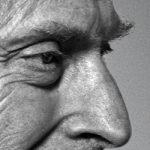 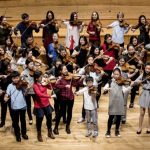