Christian Li, joint winner of the Junior 1st Prize at the Menuhin Competition Geneva 2018, will be making his UK debut this summer at a series of festival recitals and a concert at Wellington College in collaboration with college students. Accompanied by Gordon Back, the Menuhin Competition’s Artistic Director, Christian will be performing at Wellington College (25/6/19), the Gower Festival 2019 (4/7/19), the Harrogate International Festival (6/7/19)  and the Cheltenham Music Festival (8/7/19).

Gower Festival was founded in 1976 when cellist Jonathan Beecher brought a student orchestra and handful of professional soloists to perform thirty-one concerts in Gower churches over a two-week period. Since then, both the Gower Festival programme and reach has continued to develop, supporting the music, community and traditions of the Gower area. The festival has continued to attract performers from both Wales and from around the world along with audiences who come from all over the country, with artistic direction from Neath-born Gordon Back.

The Harrogate International Festivals is a collection of festivals focusing on the arts and accompanied by an extensive outreach programme. Founded in 1966 by Clive Wilson with the support of figures such as composer Benjamin Britten and tenor Peter Pears, the Festivals have hosted over 300 events and attracted over 90,000 audience members within the last twelve months alone.

Cheltenham Music Festival is part of the wider banner of Cheltenham Festivals: a series of four festivals, Jazz, Music, Science and Literature, which seek to create programmes which give the audience the opportunity to discover new and interesting works and are accompanied by extensive education programmes. The Cheltenham Music Festival is amongst the country’s oldest festivals, having been founded in 1945.

Tickets for each of the above concerts are now available and can be found on each of the relevant websites.

Don’t forget that you can re-live Christian’s captivating performance at the Geneva 2018 Junior Finals online here. 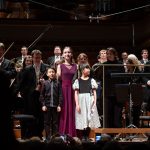 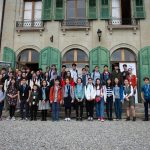