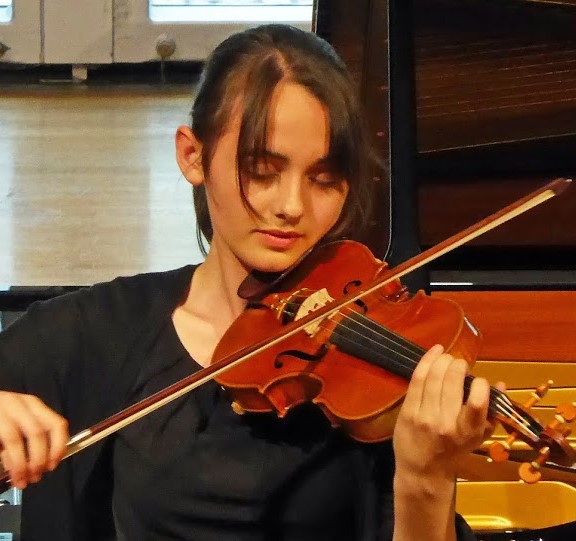 Anne Luisa Kramb started playing the violin when she was 4. In 2014 she began studies with Herwig Zack at the Hochschule für Musik in Würzburg. She has been awarded several 1st Prizes at national and international competitions, including Young Paganini, Telemann, Mendelssohn and Bacewicz. She made her debut as a soloist aged 10 performing Mozart’s Violin Concerto No. 3 at the Mozart Festival in Würzburg. She has performed with several orchestras including the Würzburg Philharmonic, Gießen Philharmonic, Goettingen Symphonie Orchestra and Filharmonia Sudecka (Poland). She plays on a violin by Enrico Rocca, which is provided by the Deutsche Stiftung Musikleben.

“I am delighted and very proud to have the privilege to take part in such an outstanding event of prime importance, the Menuhin Competition 2016. It is the 100th anniversary of Menuhin´s birthday and in participating in the contest I hope to get a little closer to the extraordinary violinist and exceptional person in a way. Most certainly it will enable me to come up to his notion of music as a chance to pay a contribution to international understanding. I will do my bit sincerely and with honesty by means of music, the only language in which you can´t tell lies.” (Anne Luisa Kramb )